This Product Eligble For Free Shipping!

Take it to the next level with these

For order by phone dial
product code: A00155

No vibration intensity equal to R-1. The intensity and mode can be adjusted to your taste. This is the first item in the Rends R-1 product line that contains an advanced vibrating egg.

The product was developed by engineers who worked on prestigious electronics companies in Japan.

The set consists of a vibrating egg and a remote that can operate a variety of sex toys that are connected to it via a standard mini USB cable.

Although the R-1 only runs on 3 AA batteries, it’s incredibly powerful. This is thanks to the advanced Japanese technology that ensures durability for years and thousands of hours of enjoyment.

Rends’ team in Japan is constantly working and developing new R-1 toys for men and women powered by the remote control included in the set. 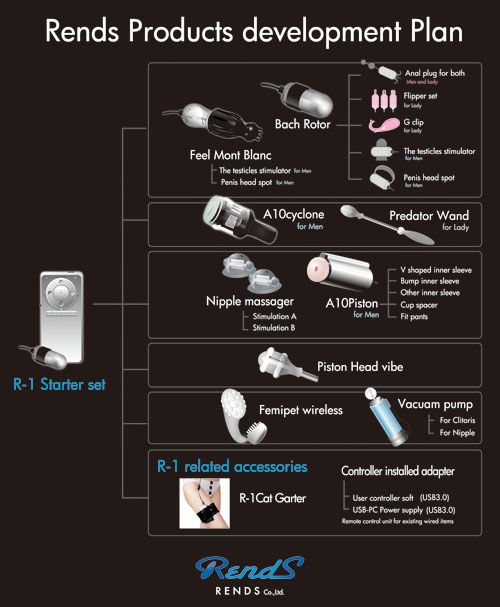 The keys on the front of the R-1 remote control allow you to set the vibration intensity and switch between different modes. There are 7 different modes to choose from, including beat modes, rotation in different directions and other different and special modes. Each mode is unique and most of the sex toys that connect to it can be activated in 50 different modes!

In the not-too-distant future you can create new vibration modes yourself and upload them to the remote with a software currently developed by R-1.

The R-1 beginner set contains a remote control and their vibrating egg with 7 different vibration modes. The anterior end of the egg has a small opening that stimulates the clitoris or the tip of the penis.

The orgasm button (turbo) causes the egg to vibrate at full power that has no competition in the market!

It weighs only 90 grams including batteries.

Already own this item?

50 what?
Add a review Cancel reply

We use cookies on our website to give you the most relevant experience by remembering your preferences and repeat visits. By clicking “Accept”, you consent to the use of ALL the cookies.
Do not sell my personal information.
Cookie settingsACCEPT
Manage consent